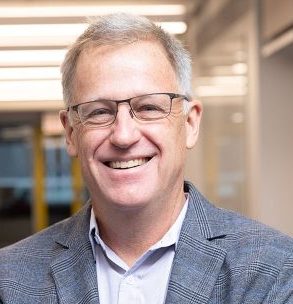 Dr. Ian T. Foster is Senior Scientist and Distinguished Fellow, and also director of the Data Science and Learning Division, at Argonne National Laboratory, and the Arthur Holly Compton Distinguished Service Professor of Computer Science at the University of Chicago. Ian received a BSc (Hons I) degree from the University of Canterbury, New Zealand, and a PhD from Imperial College, United Kingdom, both in computer science. His research deals with distributed, parallel, and data-intensive computing technologies, and innovative applications of those technologies to scientific problems in such domains as materials science, climate change, and biomedicine. The Globus software that he co-invented with Carl Kesselman and Steve Tuecke is widely used in national and international cyberinfrastructures and science projects. Foster is a fellow of the AAAS, ACM, BCS, and IEEE, and an Office of Science Distinguished Scientists Fellow. He has received the BCS Lovelace Medal and the IEEE Babbage, Goode, and Kanai awards.

2022 Ken Kennedy Award Recipient
“For contributions to programmability and productivity in computing via the establishment of new programming models and foundational science services.”
Learn more about the Ken Kennedy Award