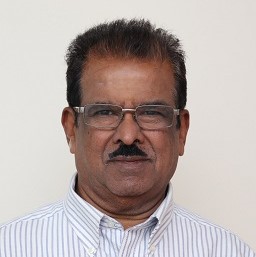 San Murugesan is an Adjunct Professor in the School of Computing at Western Sydney University, Director of BRITE Professional Services, and former Editor-in-Chief of the IEEE CS IT Professional magazine. He has vast experience in both industry and academia. He successfully led development of innovative IT projects; provided leadership in research and development; conceived and led several academic programs; and offered consultancy services. His expertise and interests span a range of areas: smart systems, AI, green computing, digital transformation, Internet of Things (IoT), cloud computing, sustainability, autonomous systems, IT applications and emerging computing paradigms. He has guided PhD scholars and served as examiner for PhD and Masters by research theses.

He has edited or co-edited 11 books, written 16 book chapters, and authored 17 reports on contemporary topics in IT. His books include Encyclopedia of Cloud Computing (Wiley and IEEE Press, July 2016) and Harnessing Green IT: Principles and Practices (Wiley 2012 and IEEE Press), both of them translated into Chinese. He has guest edited 38 special issues of IEEE CS magazines and international journals on a range of topics. He organised several symposia, workshops and conferences. He presented keynotes, invited tutorials and seminars at conferences, IEEE CS chapters and universities. He previously served as IEEE CS Distinguished visitor.

He was a Senior Research Fellow at the NASA Ames Research Center in California, and served as professor of computer science at Southern Cross University in Australia. Prior to these, he worked at the Indian Space Agency in Bangalore in senior roles developing onboard microcomputer systems for attitude control of satellites.

Murugesan is a fellow of the Australian Computer Society, Institution of Electronics and Telecommunication Engineers and IICA. He is a Golden Core member of IEEE CS and Life Member of IEEE. In recognition of his “wide-ranging significant contributions to the Computer Society,” he was awarded the Society’s the highest service award, “ T. Michael Elliott Distinguished Service Certificate.”

Artificial intelligence (AI) is permeating everywhere and is creating lots of excitement among researchers and professionals and across all kinds of business and industry. AI is a novel problem solver as well as an enabler of disruptive innovations. AI is being harnessed in several applications tacking several challenging practical problems, yielding significant benefits. However, it has a few limitations and presents some risks and concerns which must be addressed.

In this talk, San Murugesan will present an overview of what artificial intelligence is and how it’s permeating everywhere, what people are concerned about and why, and how those concerns can be addressed. He will present multi­faceted perspectives on AI, setting the backdrop for further exploration. He will provide a snapshot of many different ways AI is being employed in a variety of applications. Specifically, he will advocate the use of AI for social good, benefiting business, industry, humans and nature, rather than exploiting it for harmful, useless or fanciful purposes. He will discuss key limitations, risks and concerns of AI. Then, he will examine how we can address those concerns and make AI good and highlight best practices in development and deployment of AI systems. Finally, he will outline ongoing new developments in AI, such as ethics, humanising AI, and explainable AI, and discuss opportunities for researchers, professionals and industry.

As classical computing (traditional transistor-based computing) is reaching its performance limits, interest in quantum computing is on the rise. A quantum computer uses quantum mechanics so that it can perform certain kinds of computations more efficiently and faster than a regular computer can. Instead of classical binary bits, quantum computers use qubits – the basic units for processing information and speed up the process of solving complex computations. They can process massive and complex datasets and perform computations that involve a large number of variables, more efficiently than classical computers. Quantum computers could impact cybersecurity through their ability to break codes and encrypt electronic communications. Potential applications of quantum computers are vast, range from cryptography and optimization to machine learning and materials science.

In this talk, San Murugesan will explain what quantum computing is, the benefits associated with the technology, and its applications. He will also discuss its limitations and highlight industry players taking lead in this area and identify opportunities that quantum computing presents.

The Rise of Autonomous Systems: Advances, Applications, and Opportunities

Autonomous systems’ revolution has begun. As they make the transition away from stories of science fiction, autonomous systems are becoming a practical reality and the next game changer. They are currently in use, performing different tasks, in diverse areas yielding several benefits – and they are here to stay. Advances in technologies such as IoT, drones, robotics, ML, AI, and nano, among others, collectively will further extend the capabilities of autonomous systems. As a result, many different sectors will be transformed in unimaginable ways. However, despite the advances, confusion, ambiguity, hype, concerns, and fears surround autonomous systems. So, we need a clear holistic understanding of autonomous systems and their potentials and limitations. And, we have to satisfactorily address concerns and limitations they present. The domain of autonomous systems is fertile, with substantial opportunity for researchers, developers, and industry, and now is the time to act.

TITLES FOR OTHER TALKS

• Green IT and Sustainability: Advances and Applications
• Smart Systems
• What Does Smart Connected World Hold for Us?
• AI in Practice: Applying AI
• Masterminds of IT and What We Can Learn from Them
• Computing Research: Perspectives and Pathways Forward
• Professional Fitness, Responsibility, and Ethics

Read the abstracts for each of these presentations