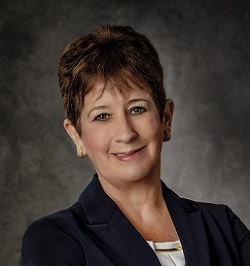 Terry Benzel is the Director of the Networking and Cybersecurity Division at the University of Southern California’s Information Sciences Institute. She manages all aspects of the technical research division, acts as a spokesperson in representing projects to funding agencies, and is responsible for the strategic and technical direction of the division. She has a Masters Degree in Mathematics from Boston University and an Executive MBA from UCLA. Her research interests are in the science of cyber security experimentation and next generation distributed experimentation methodologies. Ms. Benzel is a member of the NSF CISE Advisory Committee, the NSF CISE Committee of Visitors, Sandia National Labs SECURE External Advisory Board, NSF FABRIC Advisory Committee and a member of several private boards. She has testified twice before the U.S. House Committee on Science.

Ms. Benzel has received awards and recognition from DHS, USC, and the IEEE Computer Society for Outstanding Community Service and Continuing Service.

Ms. Benzel is one of the founders of the GREPSEC Workshop for women in computer security research, held in conjunction with the IEEE S&P. She has been a senior manager in both industry (VP at McAfee) and academic positions and is a champion for diversity.

2021-2023 Board of Governors
Learn more about volunteering