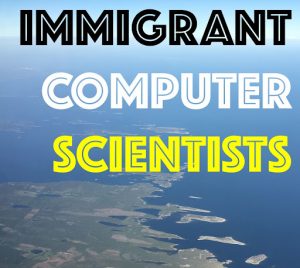 If you’re an immigrant to North America, you might occasionally wonder, “what would my life have been like if I’d instead been born and grown up in North America?”

Seven prominent computer scientists from academia and industry (and a few entrepreneurs), who also immigrated to the United States or Canada, were asked this question.

Listen in, and let their responses inspire you as you journey through your career!